A Misunderstanding of God 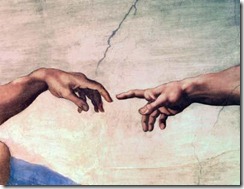 I read with interest a USA Today article on the results of a new study about Americans' view of God.   You can read it here.  As I considered how the researchers from Baylor University, a private Baptist university, categorized the understanding of God by Americans into four views, I was struck by the absence of biblical terms to describe God.  There was no use of words such as sovereign, holy, righteous, gracious, loving, faithful, or merciful.  Instead, we are left with Authoritative, Benevolent, Critical, and Distant.  Also, as the reader drills down into the description of each category, one finds that there is no category which accurately reflects the biblical description of God.  God, as described from a comprehensive overview of Scripture, is certainly authoritative, benevolent, and critical as the researchers use those terms.  He most certainly isn’t distant, but the fact that almost one out of four Americans see Him as such is not unexpected.  But my point is that God cannot be described accurately if one tries to fit Him into any one of the categories listed in the study.  He is infinite in every aspect and attribute.  Thus, to attempt to fit a biblical Christian’s view of God into one of four categories is questionable at best.
I recognize that one can argue that the researchers are simply reporting the outcome of their surveys, but that would ignore the fact that the researchers are the ones who design the questions and then determine how to describe the categories into which they place the answers of the survey respondents.  Consequently, they describe those who recognize God’s judgment of sinners and His active involvement in our daily lives as believing in an authoritative God.  But that dismisses, or at the very least minimizes, the fact that a biblical Christian also sees God as infinitely gracious, merciful, kind, and loving—all elements which would characterize a benevolent God.  Yet there is no category for those who understand God to be both authoritative and benevolent.  Is that only because the vast majority of survey respondents believe in either an authoritative or a benevolent God, but not a God who infinitely encompasses attributes that are found in both descriptions?  Or is it the result of a questionnaire that is designed to fit the researchers’ preconceived notions?
In conclusion, this survey may, in fact, accurately describe the ways in which the vast majority of Americans see God, given that they are unregenerate and worship a god of their own design.  I am reminded of the apostle Paul’s statement in Romans 1:22 regarding those who alter God’s image to fit their view of what He should be like—”Professing to be wise, they became fools.”  So we should not expect those who do not believe in God as He is revealed in Scripture to respond in any way that accurately describes Him.  However, none of the individual categories described in this survey fully and accurately presents the God which those who are biblical Christians worship.  We need to steadfastly hold to the revealed truth of God’s Word about who God is and what He is like, regardless of how those around us imagine Him to be.
Posted by Bruce Mills at 8:53 PM
Labels: Baylor University, Bruce Mills, God, USA Today