A few days ago a Christian friend of mine received a traffic citation for not wearing his seat belt when driving his car.  He was incensed, giving the usual complaints about the enforcement of such safety laws as a waste of law enforcement’s time (“they should be catching true bad guys instead of harassing fathers taking their children to the park”) and being a violation of a driver’s freedom of choice (“this is the land of the free, isn’t it?”).  Another Christian friend (and lawyer) interacted with him very effectively regarding the legal aspects of his offense and why it is important to have such laws and to enforce them, but I think there is a much bigger issue at stake here than most believers ever realize. 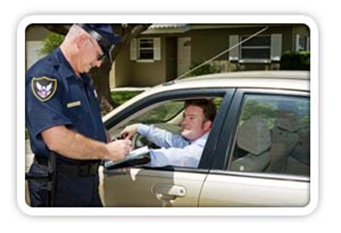 The point is that there are many laws about which there is disagreement as to their validity or their enforcement.  But whether the government should enforce certain laws and not others is not the issue.  The issue is that obedience to those laws is not an option for the believer.  Christians are to willingly and joyfully submit to those laws, even if they disagree with them.  Why?  Because the government which passed those laws is ordained by God (Rom. 13:1) and anyone who resists the government’s authority is living in disobedience to God (Rom. 13:2).  The apostle Paul goes on to say that it is necessary to be in subjection, not only because of what actions the government might take against us, but also for the sake of our conscience (Rom. 13:5).  In other words, we are not to obey the law only because we might get caught, but also because doing so violates our God-given conscience which helps us discern right and wrong.  Disobedience to the law is an act of non-submission to God-ordained authority over us and thus, a sin.  Only when the government commands us to do something which violates something God has commanded us in His Word to do are we ever authorized to disobey the law (Acts 5:28-29).
But what about my friend’s argument that law enforcement should utilize their assets more effectively by apprehending “true bad guys” instead of nabbing fathers driving their children to play time at the park?  Again, the issue is not whether we disagree with how the government is spending the tax dollars it receives.  No matter what law you may pick, you can always find someone who thinks it is a waste of time to enforce it.  And there are many expenditures which the government makes which I personally believe are a waste of resources which could be better used elsewhere.  However, we must return to the point that Christians are called to submit to our government and obey its laws—even those with which we disagree or those which we believe are unimportant.  Our submission to those laws provides us the opportunity to demonstrate to a watching world that followers of Jesus Christ are not shrill, disrespectful whiners who want our own way and think the laws are good for others, but not for us.  The apostle Peter instructed us that obedience to every authority and law is “the will of God that by doing right you may silence the ignorance of foolish men” (1 Peter 2:15). In other words, we should put those who oppose and attack us to shame by our example of submission and obedience to the law.  And we need to recognize that when we violate those laws, we deserve the consequences of the government’s decision to enforce those laws.
Now, let me give credit where credit is due to my friend.  After he received his citation, he explained to his children right in front of the officer that daddy had violated the law and was being rightfully punished for his actions.  He took advantage of a tremendous opportunity to teach his children to respect law enforcement officers, and the fact that even daddy is not spared from being corrected when he violates the law.  He made such an impact on his children that when they got home, they offered him the money in their piggy bank to help pay the fine and made a “thank you” card for the officer that said "Dear Policeman, thank you for telling us about seat belts."
I’m thrilled that he taught his children such a valuable lesson and did not verbalize his complaints in their hearing like he did with his adult friends.  Now if he will only teach those same truths to his own heart…
Posted by Bruce Mills at 8:27 PM
Labels: Bruce Mills, government, law enforcement, submission